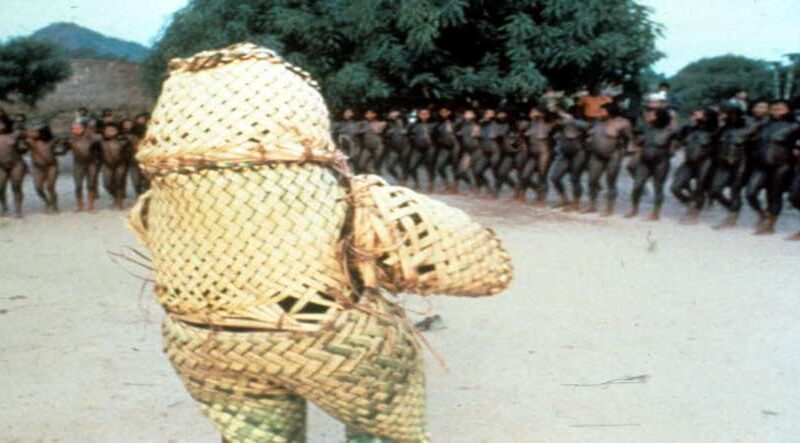 A humanoid came from space

I have been telling for years about the interactions between aliens and humans since the dawn of civilization.

Today’s history also has its roots in Brazil.

Did you read about Akakor aliens about this country on Myuforesearch?

I advise you to read who they were and where they came from.

But let’s get back to what I’m about to tell you.

Felicitas Barreto is a Brazilian indigenous scholar who lived twenty years in the jungle with the natives of Rio Paru on the border between Brazil and French Guiana, wrote the book: “Danzas indigena do Brasil” describes the ritual dances of many tribes.

It says that the natives of a village dress in feathered clothes from head to toe to look like birds and then many masks have headdresses with what may look like antennae, remember the cave paintings you saw in the caves? those! Do you remember the Hopi depictions?

They often used straw to look like ancestors, but who were these ancestors?

Joao Americo Peret is an indigenous scholar who has published photos of a tribe, the KAYAPO who use an incredible mask, what is clear is that it is the representation of a modern astronaut in a spacesuit!

Keep in mind that the image taken by Joao Amerigo is from 1952 when Yuri Gagarin visited Earth’s orbital space only on April 12, 1961, at the time it was absolutely not familiar to anyone to see such equipment, imagine the natives.

Joao Peret learned of the legend about the one who wore such a suit in the village of Gorotire from an old counselor of a tribe who bears the title of Gway Baba, the sage.

The old man told Peret about a man who came from outer space in an astronaut suit.

The secret history of the alien

“One day, Bep Kororoti, who came from the Pukato Ti mountains, arrived for the first time in the village. He was dressed in a ‘Bo” (the straw dress in the photo), which covered him from head to toe.

He was holding a “KOP”, the thunder weapon.

Everyone in the village was terrified and fled into the bush. The men tried to protect the women and children, and some of them tried to fight the intruder, but their weapons were too weak to crumble into dust every time they touched Bep Kororoti.

The warrior who had come from the cosmos laughed at the weakness of those who fought against him. To demonstrate his strength, he raised his “kop”, pointed it first at a tree and then at a stone and destroyed them both. Everyone believed that by doing so, Bep Kororoti wanted to prove to them that he had not come to war.

“Confusion reigned for a long time. The bravest warriors of the tribe tried to organize resistance, but in the end they could only succumb to the presence of Bep Kororoti, who did not harm them.

When he took off his diving suit he had a human aspect and fair complexion, he was gentle and showed them that his “magic” was not harmful.

His beauty, the radiant whiteness of his skin, his obvious affection and love gradually enchanted everyone, they felt safe with him and became friends.

“Bep Kororoti had the pleasure of learning how to use our weapons and how to become a good hunter. He progressed so well that he could handle our weapons better than the best men in the tribe and he was braver than the bravest men in the village. it took long before Bep Kororoti was received into the tribe as a warrior and then a young girl sought him as a husband and married him, generating sons and a daughter, whom they named Nio Pouti.

Whose intelligence was above average, he taught unknown subjects, the construction of shelters, weapons and how to collect food.

“Bep Kororoti was smarter than anyone else so he began to educate others on unknown matters. He led the men in the construction of a Ng Obi, the home of the men that all our villages have today. In it the men told the young people their adventures and so they learned how to behave in case of danger: in truth the house was a school and Bep Kororoti was the teacher.

“In Ng Obi, handicrafts were developed and our weapons improved and there was nothing we did not owe to the great warrior of the universe. It was he who founded the ‘great chamber’ where we discussed the trials and demands of our tribe, and thus a better organization was born that made life and work easier for everyone.

“If the hunt was difficult, Bep Kororoti would go get his ‘kop’ and kill the animals without harming them. The hunter was always allowed to take the best piece of prey for himself, but Bep Kororoti, who did not eat the village food he only took what was essential to feed his family.His friends did not approve of him, but he did not change his attitude.

“His behavior changed over the years. He no longer went out with others. He wanted to stay in his hut. But when he left his hut he always went up to the mountains of Pukato Ti from which he came. In the village it was said that he missed his hut. planet.

One day he followed the will of his spirit, which he could no longer dominate.

He left the village.

He gathered his family, only Nio Pouti was not present, his departure quickly followed.

The days passed and Bep Kororoti was never found.

Suddenly he reappeared in the town square and let out a terrifying war cry. Everyone thought he was crazy and tried to calm him down. But when the men tried to approach him, a terrible battle took place. Bep Kororoti did not use his weapons, but his body trembled and anyone who touched him fell to the ground dead.

The warriors died in swarms.

“The battle lasted for days, then the groups of fallen warriors were able to stand up and continue to try to subdue Bep Kororoti.

They chased him almost to the crest of the mountains. Then something happened that left everyone speechless, with his “kop” destroyed everything that was close to him, the furthest edge of the Pukato Ti.

By the time the tribe reached the top of the mountain range, the trees and bushes had turned to dust. Suddenly there was a tremendous crash that shook the whole region and Bep Kororoti disappeared into the air, surrounded by fiery clouds, smoke and thunder. With this shocking event the roots of the bushes were torn from the ground and the wild fruits destroyed. The game disappeared and the tribe began to go hungry.

“Nio Pouti, who had married a warrior and had a son, and was as we know a daughter of the space being Bep Kororoti, told her husband that she knew where food for the whole tribe could be found, but first they would have to follow her in the mountains of Pukato Ti.

Pushed by Nio Pouti, her husband took courage and followed her to the Pukato Ti region. There she searched for a “special tree” in the Mem Baba Kent Kre district and sat on her branches with her child in her lap. Then he told her husband to bend the branches of the tree until the spikes touch the ground. At the moment of this contact, there was a great explosion and Nio Pouti disappeared in clouds, smoke, dust, thunder and lightning.

“Her husband waited a few days. He had lost his nerve and was almost starving when he heard a crash and saw” the tree “standing in his old place again. His surprise was great, his wife was again there and with her Bep Kororoti, they brought with them big baskets full of food “that he did not know and had never seen”.

After a while the space man sat down again on the “tree” and ordered him to bend the branches down to the ground, on contact there was an explosion and “the tree” disappeared into the air again. (What was that described as a “tree”?)

“Nio Pouti returned to the village with her husband and made known an order from Bep Kororoti. Everyone had to leave immediately and erect their villages in front of Baba Kent Kre” the special tree “where they would get their food. Nio Pouti also said that they had to keep fruit and vegetable seeds and shrubs until the rainy season so they could replant them for new crops.

“Thus began agriculture. Our people moved to Pukato Ti and lived there in peace; the huts in our villages became more numerous and could be seen from the mountains to the horizon …”

Bep Kororoti in the Kayapo language means “Warrior of the Universe“ 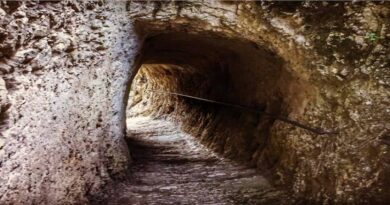