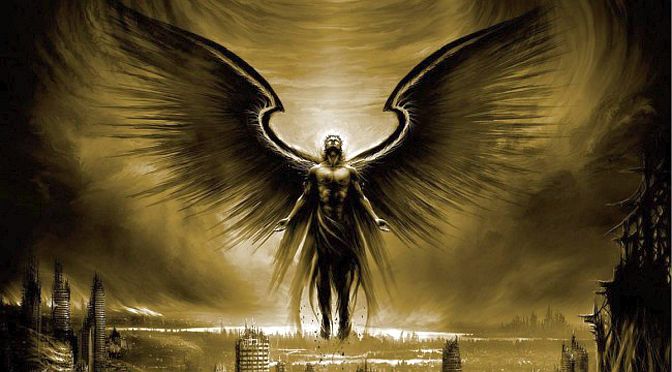 When the angels were created? Of course, before the creation of planet Earth.

They appear in the Bible from beginning to end, from Genesis to Revelation.

The Bible tells us that the angels were the first created beings and then, while the earth was created, admired the beauty, order and power of God.

That they are not human is evident, demonstrating a strength and a power alien to the land, because they do not belong to our world.

Here are some passages from the Bible that make the idea of ​​who these entities are really terrible, fearsome, merciless and sometimes their power beyond measure. Let’s try for a moment not to interpret the meaning of the passages quoted and just let us keep the text as it is, imagining that the person who wrote them wanted to describe no more and no less than the facts that have been made witness.

9 As I watched, behold thrones were placed, and an old man sat. Whose garment was white as snow and the hair of his head like pure wool; his throne was flames of fire with wheels as burning fire. 10 A river of fire down before him; thousand thousands ministered to him and myriads upon myriads attended him. The court sat, and the books were opened.

19 Then the king returned to his palace and spent the night fasting, he was not introduced any woman and even sleep left him. 20 The next morning the king got up early and on the break of day went quickly to den of lions. 21 as he drew near, he called, “O Daniel, servant of the living God, your God, whom you serve continually, been able to deliver you from the lions?”. 22 Daniel answered, “O king, live forever! . 23 My God sent his angel and shut the lions’ mouths and they have not done me any harm, because I was found innocent before him; and also before thee, O king, I have committed no wrong. “

15 So the Lord sent a plague on Israel from that morning until the appointed time; from Dan to Beersheba seventy thousand people died of the people. 16 And when the angel stretched out his hand toward Jerusalem to destroy it, the LORD repented of the evil and said to the angel who destroyed the people, “Enough; He withdraws now hand. “

But suddenly an angel of the Lord struck him, because he gave not glory to God; and eaten by worms and died.

In this chapter of Revelation is clear no more and no less than one of the many clashes that occurred in the skies of our planet, not to mention how the battles between Vimana in Ancient India, epic tales drawn from sacred Vedic texts explain what in allegorical form the Bible mentions but which essentially refers to the same events.

Then I saw another mighty angel coming down from heaven, wrapped in a cloud, with a rainbow over his head, and his face was like the sun and his legs like pillars of fire. He had a small scroll open in his hand. and he puts his right foot on the sea and his left foot on the land, and cried with a loud voice, like a lion roaring. when he called, the seven thunders sounded. and when the seven thunders sounded, i was about to write, but i heard a voice from heaven he is saying, “Seal up what the seven thunders have said and do not write it.” And the angel that I saw standing on the sea and on the land raised his right hand to heaven.

Here’s another story in the Bible that opens a reflection about the nature of these entities.

If you read carefully, you realize that these famous divine messengers often elicit awe. In Revelation especially their description outlines unimaginable and unlimited powers, in essence it was not unreasonable fear they felt those who met them along their path. Elohim or malakim had a huge power probably due to their scientific progress even comparable to the era of humanity.

Here is an account of the devastating power of ”angel “

In 701 AC the Jewish King Hezekiah rebelled against the king of Assyria Sennacherib.

The latter having conquered all the cities belonging to Hezekiah sent his army of 185,000 soldiers armed to the teeth to besiege Jerusalem.

Hezekiah came to know of Sennacherib project I find as the only solution to gather in prayer at the temple of Solomon, it was then that the prophet Isaiah told Hezekiah that God would seek to avert this threat. That night the angel of the Lord exterminated 185,000 soldiers of Sennacherib this is what we find in Isaiah 37: “Now the angel of the Lord came smote in the camp of the Assyrians 185,000 men. When men arose early in the morning, they were all dead bodies. “ 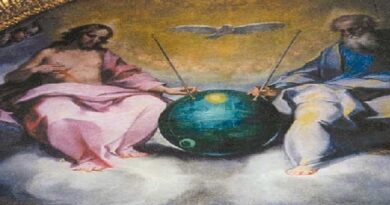 Two of my discoveries: Flying objects out of context