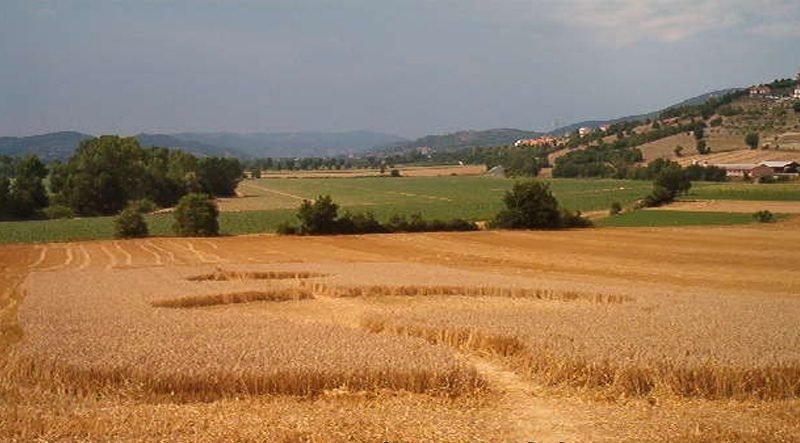 Jokers at work in the province of Perugia (ITALY)

This is me inside false grain circles, San Mariano area of Corciano, province of Perugia -Italy

I went the night night after June 25, 2003, the date of the alleged formation of the agroglifo in the farmer’s field, and to view the “circles” I aimed the high beams of my car in the direction of the wheat plain. From a brief analysis I had already realized that they had been made with an axis, a rope or roller from a gardener …

The next day, one of the many curious people who wandered around the area told me that at night a resident of a neighboring house had seen strange lights in the sky, but honestly the news seemed so strange to me that I didn’t distract myself from my idea.

After another round of evaluation in light of day this time, I had the confirmation of it all was the work of some joker 🙁

The crop circles also called agroglyphs are areas of cereal fields, or similar cultivations, in which the plants appear evenly flattened, thus forming various geometric figures. The phenomenon and their appearance occurred above all in England from the 70s and developed in the mystery lovers bitter debates in search of their genesis.

The substantial difference between the circles of wheat traced with the axes of phantom jokers and the real ones is that in the latter the stems of the plants are bent to the ground and there are no breakages or tears. Despite on the ground the plant continues to grow normally while this does not happen with the broken plant.

American scientists have carried out in-depth analyzes and demonstrated physical and genetic changes caused to tell them by microwave irradiation unknown to us.

In 1998, a Dutch researcher, Janet Osserbaard, during one of her analysis of the circles, found dead flies inside the circles that had remained with the beak attached to the ear, wings and legs completely extended, we would say prey to a final spasm.

The insects out of the circles instead were alive but they seemed stunned and after being “stimulated” they took flight point after the analysis of an expert of the Natural History Museum of London did not emerge anything in particular to confirm the hypotheses about their death.

The circles that I identified appeared in first analysis made of plank-stomping and asymmetric with a very simple geometry. The diatribe between supporters of a matrix of non-human realization and of those who claim the perfect reproducibility of the phenomenon will still last a long time in my opinion. 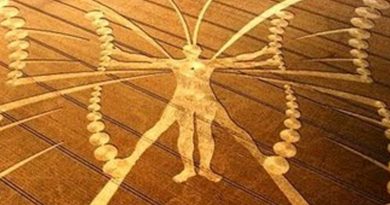