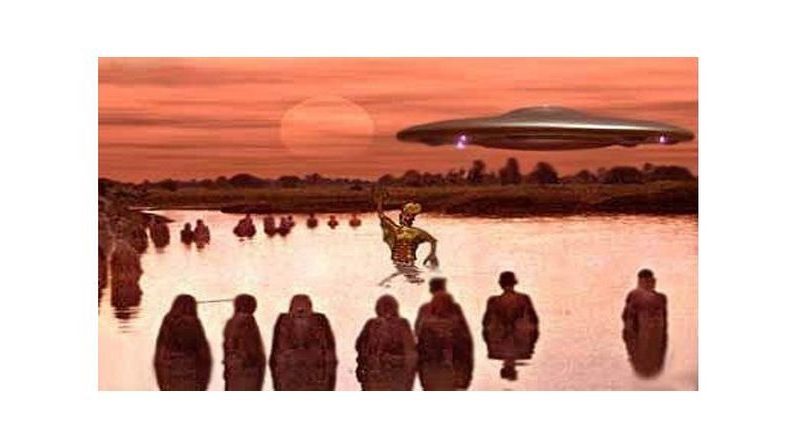 Mysterious beings descended from the stars

The Dogon are an African tribe living in Mali on the banks of the Niger of about 250,000 people live in straw and mud huts; and their past did not know anything, except that appeared in the area in the thirteenth century AD, they would be the classic wild tribe living hunting.

In 1931 two French anthropologists have lived for thirty years’ with the Dogon and in 1950 published their studies revealing that these people knew about the rings of Saturn, the four moons of Jupiter and Sirius is actually a double star and draw the ‘orbit in the same way our astronomers.

Robert Temple, author of “The Sirius Mystery”, accidentally comes across some research describing this people, reporting part of their beliefs; he was thus able to read that the Dogon often refer to beings who came from the sky, more precisely from the star Sirius, that these same beings, called Nommo, had the body of fish (the mystery of Oannes is re-proposed), and that they brought the first rudiments of civilization on earth about three thousand years ago. Returning to the alleged knowledge of Sirius, there is the description of a star practically invisible to the naked eye and very difficult to observe even with the help of a telescope, so much so that there were no photographs of it before 1970.

The Dogon claim that such knowledge (revealed some French anthropologists in the 1930s and 1940s) had been taught by their visitors from another star system. The star they describe is known to astronomers as Sirius B, while the Dogon Po Tolo.

Its existence was suspected for the first time by Western astronomers in 1844, when they were noticed some irregularities in the motion of the star Sirius, the brilliant “Dog Star” in the constellation Canis Major. To explain these anomalous, it was assumed that Sirius was influenced by the gravitational pull of an invisible star, and in 1862, after many observations, he finally revealed the presence of a faint companion.

When their spaceship landed – after a screw descent that made a lot of noise and air movement – it skidded on the ground opening a furrow in the ground (perhaps referring to the nozzles of a rocket). At that time, a new star (perhaps the mother ship) appeared in the sky.

After landing, a thing with four legs appeared that pulled the ship towards a basin that was filled with water so that the ship could float.

According to the Dogon depictions, the Nommos looked more like fish than men, and were forced to live in water. They were redeemers and spiritual guardians “The Nommo is told he divided his body among men to feed them, remember something?

He gave all his life principles to human beings. “The Nommo was crucified and resources; He will return again on earth, this time in human form. Then summarize the amphibious shape and command the waters of the world. If the stories of the Dogon remind momentary events such as the landing of beings on this earth from another star system, one would expect to find similar descriptions elsewhere.

In a Babylonian tale on Oanni, we find the description of amphibious beings who came to this earth for the good of humanity.

With their vehicle egg-shaped, would be moored in the Red Sea. The following descriptions are taken from a History of Mesopotamia, written in the third century BC by Berossus, Babylonian priest whose work survives only in fragments reported by Greek historians. “The whole body was like that of a fish; and he had another head in a fish head, and feet like the feet of a man were added to the tail of a fish. His voice and his language were articulate and human. During the day, this being conversed with men, but not ingested any food at that season; and he communicated their knowledge of letters and sciences and every kind of art.

He taught them to construct houses, to found temples, to formulate laws, and explained to them the principles of geometry.

Is it possible that the Nommo of the Dogon and the Babylonian Oannes are different representations of the same event? The Dogon themselves insist that their people did not always live in the region they occupy now, and evidence suggests that they are descendants of the Berbers, who began migrating south from Libya in the 1st-2nd century AD. Then, joining in marriage with local blacks, they settled permanently in Mali around the 11th century.

In this case, however, it is strange that the Dogon retained the memory of the star Sirius B, while the Egyptians, certainly in contact with Sirius A, helped them to predict the flood of the Nile. 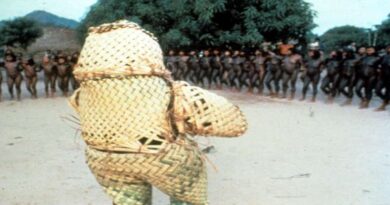 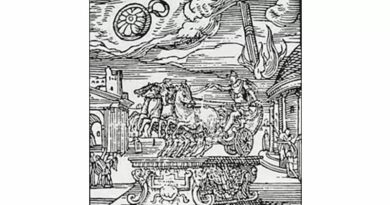