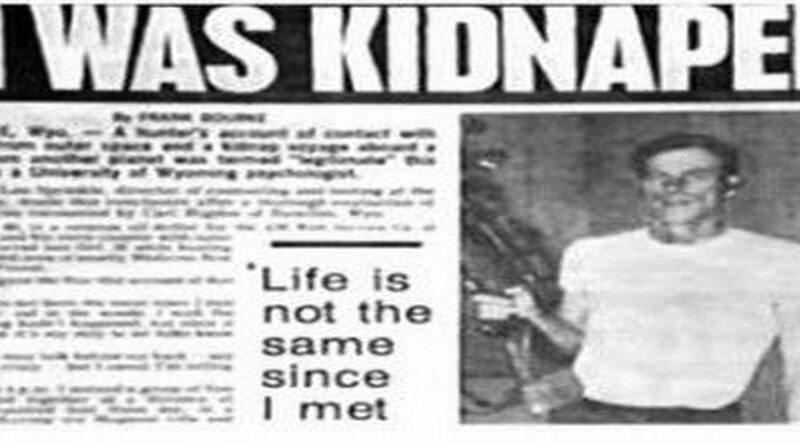 An American from Wyoming in 1974 encountered an alien while on a deer hunt, he too had come to Earth to hunt deer. The alien drugged the hunter and then took him to his planet. On October 25 of that year, 41-year-old Carl Higdon, who worked in the oil industry, went weekend hunting in the Medicine Bow National Forest in Carbon County, Wyoming, USA.

Higdon was an experienced hunter, but he hadn’t been to such a forest yet. He went to a remote and uninhabited area that he had never visited.

Higdon drove to the forest, but then the road was no longer suitable for his car so he continued on foot until he reached a small wooded hill. When he was on the other side of the hill, he immediately ran into 5 deer, one of which was a large male with branched antlers.

Higdon was about to shoot the deer when something very strange happened.

He aimed, and fired, but no noise came from the rifle everything was silent and the rifle had no recoil, Higdon watched in amazement as the rifle bullet flew forward as if everything happened in slow motion.

At a very slow rate, the bullet traveled only a few meters and then fell abruptly to the ground, as if it had hit something invisible.

The hunter was baffled and amazed, he noticed that the whole atmosphere around him was tense as if it were filled with static electricity.

Higdon walked over to the bullet to pick it up and saw that it was crushed as if it had hit something very hard.
Meanwhile, the deer had already fled at that moment, but Higdon was not alone in the forest.
He heard the crack of branches crunching. As he turned in the direction of the noise of the trees, he saw a humanoid.

The figure was the size of a tall man and wore a tight black suit, resembling a diving suit. He wore a pair of seat belts and a metal belt with a yellow star-shaped buckle at the waist.

Despite being human, the creature’s head was not human at all. He had no ears, his eyes were small and sunken, instead of his mouth he had a slit from which only three large teeth appeared, on his head instead he had two short antennae growing from his forehead. The hair on the creature’s head was like straw and stood straight.

The creature didn’t seem to have a neck at all, a creepy head sunk directly into its shoulders, merging into one piece with the body. The arms were very long, while one arm had something like a chisel instead of a normal hand, and the other had no wrist at all.

This strange entity looked at Higdon for a few moments, then took a few steps towards him and asked him in English “How are you?” The stunned Higdon replied “I’m fine” after a couple of seconds.

The creature nodded and moved even closer. He didn’t look threatening and then asked Higlon if he was hungry. Without waiting for the hunter’s response, the creature pulled out a plastic bag somewhere and tossed it into the air as if using telekinetic at the hunter. Higdon grabbed the package, opened it somehow, and found four pills in it.

The creature said the pills would fill him for the whole day.

The hunter took out one and swallowed it, and put the rest in his pocket. Then the creature finally showed up, and said it was called “Ausso One” then pointed to something behind it. Higdon saw a transparent cube-shaped object that looked like a large box-shaped spaceship. He saw no entrance, no windows, no landing gear. It was a spaceship.

Ausso asked Higdon if he wanted to take a ride, and before the hunter could answer, he somehow ended up inside the ship, as if he had been teleported there. He didn’t understand how he fit into that tiny space, but he was immediately panicked when he found himself tied arms and legs with some kind of ribbon.

When he calmed down a bit he saw a kind of force field inside the spaceship in which five deer floated. They were frozen and he was sure they were the same deer he had seen in the clearing. He then saw another creature of the Ausso race in the ship.

This creature approached the hunter and put a helmet on his head, the ship took off and Higdon could see through the transparent walls as it went up and that underneath was his car, the object flew even higher and reached the earth’s orbit.
They flew into deep space about 163,000 light-years from Earth. They ended up on a planet, where the ship approached a huge tower.

Around the tower, many colored lights rotated like powerful spotlights, they were so bright that Higdon could not open his eyes.

What happened next, Higdon barely remembered. At one point, he saw a group of humanoids, but he didn’t understand why they were there either

who they were, then Ausso told him that his race regularly visited Earth to hunt, so the hunter was taken to a room, where he was scanned by a device. Ausso said that the hunter was not suited to their purpose and that they would bring him home. He who knows what purpose we ask ourselves.

They returned to Earth just as quickly. Before releasing Higdon, Ausso took back the package with the pills, the aliens deposited Higdon who found himself in the forest, completely disoriented and frightened.

He wandered until he saw a car, and only after a while did he realize it was his car.

With the help of the radio, he asked for help, sat in the car and shivered at what had happened to him and waited for help. When the search team caught up with him, it turned out that his car was parked at the bottom of a deep forest canyon, 5 miles from where he had left it.

There were no roads nearby and there were no tire tracks in the gorge, so this fact was already good proof of Higdon’s words. Higdon did not immediately recognize his wife from the stress she had endured. Later, it was discovered that in that area, on the eve of the hunter’s abduction, other people had seen strange lights in the sky.

When Higdon was found, he was very confused that he had very little to say. He kept repeating about the bullet, which flattened out after he fired and hit something invisible.

Most of the memories of him were obtained through regressive hypnosis, a medical examination was performed on the hunter and it was found that the scars left by his long-term tuberculosis had disappeared from his lungs and that the kidney stones he had been suffering from for years. they also disappeared from the kidneys.

A flattened bullet was found in his jacket pocket, investigations have shown that he could only take such damage if he hit a very hard surface, harder than wood or stone in the forest.

Later, Higdon was repeatedly called a cheater, who supposedly invented all this to become famous, but at least the strange fact of finding his car in a place where it could not be in any way under the laws of physics proves at this point that he told the truth. 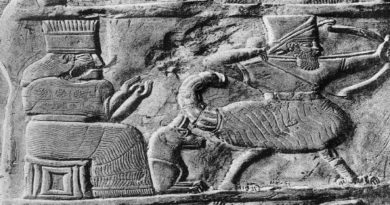