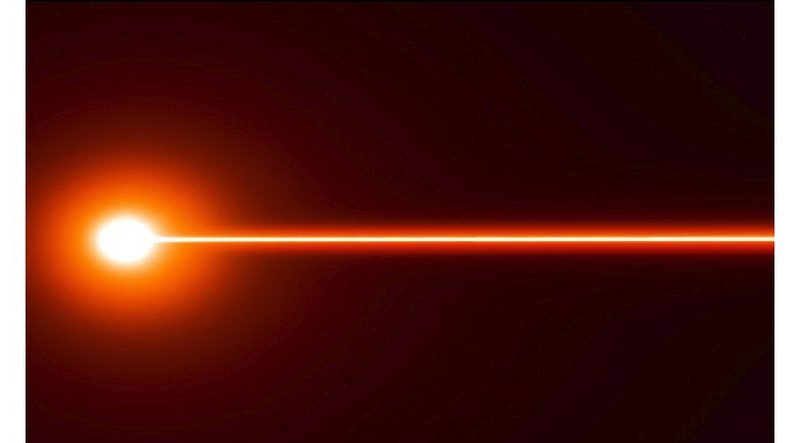 The “SHAMIR ” is the mysterious and powerful object present in the Jewish tradition that is mentioned in numerous midrash.
The midrash are folk tales that expand and enrich the meager texts of the Old Testament. The midrash that speaks of the Shamir, reports that, for the construction of the Temple, Solomon had given very precise orders.

According to the Law of Moses, no material used for the construction of the Temple had to be worked with tools of iron or metal in general of which the weapons are made, thus avoiding to contaminate that sacred place. Especially the altar was not to be profaned in any way by that contact, and not even a nail had to enter the yard; nor hammers, chisels, picks or other tools.

So much so that the stone arrived on the square already square, so that during the works no metallic noise could be heard in the Temple. The only alternative way to work the stone without using iron tools was to use the “magic Shamìr”.

God himself, according to tradition, had handed it to Moses on Sinai, who had used it to engrave the names of the twelve tribes on the stones set in the breastplate and on the “Ephod” which were part of the vestments of the High Priest. Since then, however, the Shamir had disappeared and no one knew what had happened to it. The clues to the existence of the Shamir come from at least fifteen different midrashìms, some of which are very ancient.

The Shamir, created at the end of the sixth day of the Creation, possessed the property of cutting any material however hard, even the hardest of diamonds. For this reason it was used by Moses to work the gems placed on the “bib of judgment” of the High Priest. The names of the heads of the twelve tribes were first traced with ink on the stones destined to be set in the breastplate and also on the onyx clasps, placed on the shoulder pads of the “fòd”. Then the Shamir was passed over the lines, which remained so engraved as the rabbinical literature itself explains.

The most extraordinary fact was that the friction or the action that marked the gems produced no residue. It looks like the description of a modern laser-guided industrial process. The Shamir could not be stored in a closed container of iron or any other metal, as it would have caused it to burst, perhaps due to the heat resulting from a possible radioactivity.

Radioactivity that would justify the ailments of King Solomon and King David after the use of the Shamir and the high mortality of those who handled it for a long time without due precautions. Once used, it was wrapped in a woolen cloth and placed in a lead basket full of barley bran. These are instructions that are too detailed to be exclusively attributed to a mystical object.

The shamir was certainly a highly technological instrument capable of generating a powerful flow of plasma energy capable of melting the stone and even welding it as our iron welders do.

But how is it described?

The Talmud (Pesachim 54) describes it as a “cutting worm” and in the Zoar (74 a, b) as a “metallic dividing worm”. In the Talmud (Mischna Avot 5/9) there is talk of a creature of mineral origin that the Hebrews indicate as a “worm”, a “worm capable of piercing the hardest minerals”. In the tanach, Jeremiah 17/1, it is described as a “diamond”: “a stylus (the pen used at the time to engrave on the wax tablets), and with a diamond point”.
A laser beam made using just a diamond.

This “diamond worm” was used to cut and drill; considered a “divine tool”.
If several sizes were known, Solomon had one as small as a grain of wheat, all known as “Shamir”. It was called a cutter or even “woodworm”, since it drilled holes like the insect.
It was destroyed along with the second temple in Jerusalem.

As in fact the abot 9 “(…) when the temple was destroyed, the Shamir disappeared”. In abot 5 it is written that the Shamir was created in the six days of the creation of the world. In sotah 48 b, it is said that Moses brought the Shamir into the desert to build the Ephod, the breastplate intended for Aaron, as stated in the covenant with the Lord referred to in the Bible – Exodus 28.9: “You will take two onyx stones (very hard) and you will engrave on them the names of the Israelites, following the art of the stone carver for engraving a seal ”. To do this, Moses instructed two stone cutters, Bezaleel of the tribe of Judah and Ooliab, son of Achisamach, of the tribe of Dan. Confirmation is also found in the Bible, Exodus 36,2.

The Ephod continued to exist for more than a thousand years after the time of Moses, millions of Jews had a chance to see it; as they certainly saw the Temples of Jerusalem built without using iron tools.

“For the construction of the temple they used stones already squared elsewhere, so, during the works, in the temple there was no sound of hammers, chisels, picks or other metal tools” (Bible I ° King 6/7)
The use of this tool was not easy, because the texts tell that it was necessary to instruct the persons in charge of its use, as would be done today in the execution of a specialized job.

In fact the Lord had to transmit “wisdom and knowledge” to men “so that they could do the work”. Therefore they used a very advanced technology. Zoar 74 a, b: the shamir was able to split and cut everything, so much so that it was not necessary to use other metal tools to do the job.
It is said that they were instruments that emitted “fiery rays” capable of piercing human bodies. “When the Lord had finished speaking with Moses at Sinai, he gave him two stone tablets, written from the finger of God.” (Exodus 31.18). 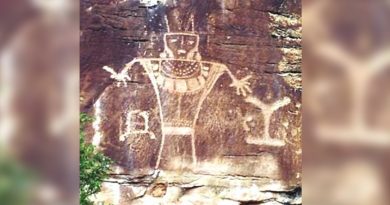