The Maya built many cities, were skilled farmers, artists and musicians and excellent traders but were also obsessed with astronomy, and boasted a highly advanced calendar that is still accurate to this day. But were the Mayan gods who imbued the ancient civilization with their advanced knowledge actually ancient aliens?

Did this civilization also mistake extraterrestrials for gods?

There are a couple of names for a god similar to a feathered snake in the Mayan pantheon who descended from the heavens and taught these ancient people astronomy, architecture and construction, among other things. Known as Quetzalcoatl in the Nahuatl language or Kukulkan in Maya, this entity was very revered and, when he left, he told the Maya that he would return to Earth very soon, a bit like many civilizations around the world who tell of gods who announced their return soon before leaving. A calculation is not known made by who and on what basis, wants that this reappearance has been calculated from December 21, 2012, this has caused dismay and fear within the community of descendants of the Maya who believe it may coincide with a possible end of time.

Erich von Däniken believes this apparently unreliable prophecy, believing that this date has been calculated on the basis of our Judeo-Christian calendar, which is somehow ambiguous and inaccurate when related to the birth of Christ.

Mayan temples in the jungle

But Von Däniken disputes that the return of Quetzalcoatl would not manifest itself as a feathered snake coming down from the sky, but as an extraterrestrial, as seen in the depictions of kings appearing inside machines . There is a recurring theme of these sculptures, with human faces covered by what seem to be helmets with breathing apparatus in the mouth. Von Däniken affirms that these devices that covered the mouth were probably conceived to filter the air, in order to prevent the infection from bacteria or virus.

In a tomb in Palenque, an incision was found depicting the last ruler of the ancient Maya, King Pakal, who seems to control a machine facing upwards with flames and smoke coming out of the back of the device. Official archaeology has stated that this sculpture actually represented the tree of life or a descent to hell, two important Mayan epigraphs have instead stated that the inscriptions around the tomb describe in detail an ascent into the cosmos.

Inside a sarcophagus were found the remains of this ancient ruler, the body significantly taller than the average height of the ancient Maya also seemed to have an unusual bone structure. It is also known that King Pakal ruled for 68 years and lived up to 80 years, much longer than the average life span of that era.

The Tomb of Kukulkan

Other unexplained discoveries about the ancient Maya continue to inspire curiosity and fuel the idea that they may have been visited by ancient alien gods. The pyramids of Tikal are another anomaly that adds to the intrigue, in the sense that they are 40 kilometers from a body of water. Typically, ancient civilizations built cities on or near a large source of water, Tikal was potentially home to nearly 100,000 inhabitants, while citizens would collect water from the rain and store it in tanks for use, but why build reservoirs when they had the opportunity to build the city directly next to the water?

The pyramids were also built with a layer of mica, a mineral not found anywhere else in Central America. Mica should have been imported about 2,000 to 3,000 miles away, from modern Brazil. Mica is highly conductive and is used for capacitors and other electrical means in our modern technology, making its presence even more intriguing. Did the aliens help the Mayans transport this conductive material to the pyramids for electrical purposes?

Another interesting and recent discovery under the temples of Teotihuacan was the discovery of mercury. While traditional archaeology sees this discovery as something unexpected others think it may have been used as a fuel source for the technology of the ancient aliens.

Just as mica is a conductive mineral, mercury is also a conductor of electricity. Did the ancient Maya do everything to preserve a lake of mercury under their pyramids just to honor the dead or perform ceremonies? Or did they use it to power extraterrestrial spaceships? You can find this in the Vedic texts of ancient India, where mercury is mentioned in this regard…

In fact, the progress that the Mayan people rode the Mayan people grew with the number of inhabitants, some estimates suggest that once there were 20 million people in the empire, but then in a short time these people disappeared.

Some scholars have blamed a drought-related migration on internal civil war. They distinguished themselves for the construction of statues, plates and artifacts that the Mexican government has made public and that, if true, represent and confirm the contact of human civilization with extraterrestrial beings. The finds are from the Mayan era and show that this civilization was therefore in contact with beings from space. After all, the Mayan people and their sovereigns have often claimed to be descended from the stars. Discidental spacecraft that intercept celestial bodies are represented.

Do they seem to represent beings inside airplanes with all spacecraft, flying saucers and other possible things?

Luis Augusto Garcia Rosado, Minister of Tourism of the Mexican state of Campeche, said: “We certainly believe that the aliens worked with the Maya. 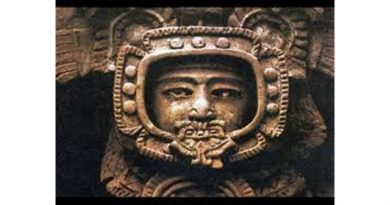 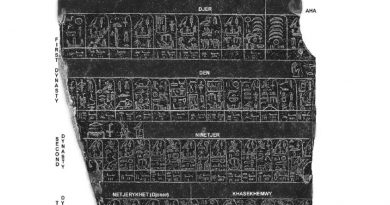 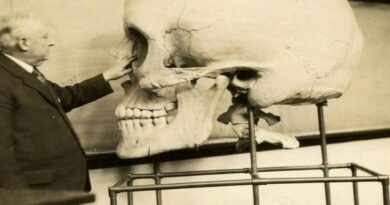