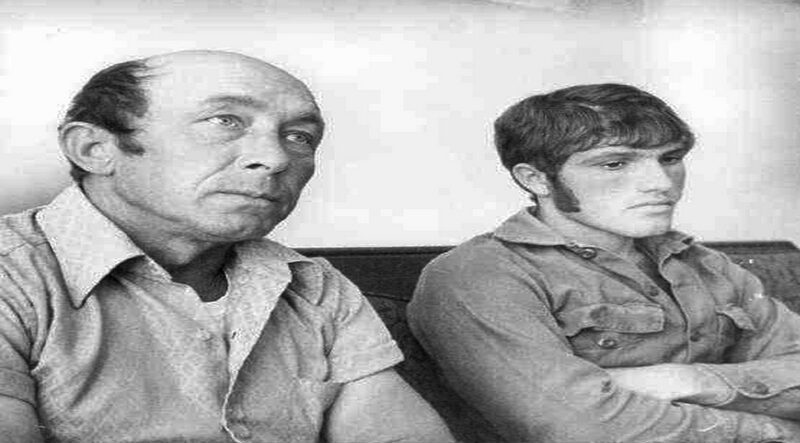 What do we know about the Pascagoula UFO?

Today I want to bring you the transcript of the dialogues between two abductees, it is one of the most famous cases of alien abductions.

Millions of races inhabit the cosmos, something unthinkable is out there, life forms not even conceivable for our senses, many could be totally distant even from how we can imagine them.

Many are humanoids, but we think absurdly that there are forms of pure thinking energy that are difficult for us to conceive of a being without a brain but who thinks, others could have physical connotations extraneous to our stereotypes.

About 57 races were registered by various secret services on the planet about twenty years ago.

Let’s read about the physical characteristics of this type of breed.

The abduction of Pascagoula

Police audio files reveal that the two men behind one of the craziest “alien encounters” ever recorded were telling the truth, a UFO researcher said.

Pascagoula’s bizarre incident involved two fishermen who claimed they were captured by three alien creatures with lobster-like claws and taken into a UFO, before being released.

Charles Hickson and Calvin Parker were traumatized by 1973.

Audio recorded by the sheriff’s department when the men reported the incident, obtained by Sun Online, shows that the men were very distressed by the alleged encounter and never betrayed each other in their history even when the cops left them alone and they secretly recorded them.

The audio files show that the two men were telling the truth, according to British ufologist Philip Mantle, who re-published a book on the incident, theirs was one of the “most unique close encounters ever recorded”.

The incident occurred in October 1973, when passionate fishermen Charles Hickson, 42, and Calvin Parker, 19, were on the banks of the Pascagoula River in the US state of Mississippi and heard a hiss over their heads.

They claim that an oval-shaped “vehicle”, about 8 feet in diameter, suddenly appeared close to them and seemed to be hovering about 2 feet above the ground.

This is a representation of the creatures the witnesses encountered.

The creatures had carrot-like noses and ears, according to the pair.

Hickson and Parker described the creatures as 6-foot-tall robotic humanoids with gray elephant-like skin, bullet-shaped heads, slit-shaped mouths, and crab-shaped claws. They had the ability to levitate and hovered just above the ground.

A door opened and three creatures – which were “humanoid” in shape emerged and captured the men, “floating them” in the UFO, the police later told police.

Both men reported being paralyzed and numb, while Calvin said he passed out from fear.

The men said the creatures had lobster-like claws on the ends of their arms, “carrot-like” growths for their noses and ears, and only one leg and their heads appeared to be connected directly to their shoulders, with no discernible neck.

Men claim to have been brought aboard by “alien creatures”

The creatures’ skin was described as pale in color, wrinkled, with no eyes and mouth slits.

On the ship, Charles claimed to have been examined by what appeared to be a large mechanical eye shaped like a soccer ball, about 6-8 inches in diameter, which appeared to scan his body.

Calvin claimed that he could not remember what had happened to him inside the craft, although later, during the hypnotic regression, he offered some confusing details.

A model of one of the “humanoid creatures” seen by fishermen.

The men said they were released after about 15-20 minutes and the creatures levitated them, dragging Hickson’s feet along the ground, then returning them to where they had been picked up on the river bank.
The terrified men claimed they sat in the car for about 45 minutes, trying to calm down before attempting to report the sighting to officials at Keesler Air Force Base, but then went to the police.

At around 10:30 pm, the two arrived at the Jackson County, Mississippi Sheriff’s Department, where they provided a report on what had happened and were questioned by officers.

After about 30 minutes of interrogation, Sheriff Fred Diamond decided to leave the men alone in a room equipped with a hidden microphone, to try to find out if they were lying or not.

He assumed that if they were lying it would become immediately apparent when the two spoke privately, but instead they continued to act incredibly distressed and never straying from their fantastic story.

This so-called “secret tape” had been filed with the Jackson County Sheriff’s Department since 1973.

This is a partial transcript of the conversation between Calvin and Charlie recorded by the Jackson County Sheriff’s Department:

CALVIN: “I have to go home and go to bed or take some nerve pills or see the doctor or something. I can’t do it. I’m going to go half crazy.”

CHARLES: “I tell you, when we’re done, I’ll give you something to calm you down so you can get some sleep.”

CALVIN: “I still can’t sleep like this. I’m just damn close to insanity.”

CHARLES: “Calvin, when they took you out … when they pulled me out of that thing, damn, I’m sorry you never got it back together. My damn arms, my arms, I remember they froze and they didn’t I could move. Just as if I had stepped on a goddamn rattlesnake. “

CALVIN: “I fainted. I don’t think I’ve ever fainted in my life.”

CHARLES: “I’ve never seen anything like it in my life. People won’t believe it.”

CALVIN: “Did you see how that damn door got up?”

CALVIN: “At that moment they paralyzed me. I couldn’t move.”

CHARLES: “They won’t believe it. Or maybe they’ll believe it one of these days. It might be too late. I always knew there were beings from other worlds up there. I always knew. I never thought it would happen to me.”
CALVIN: “You know I don’t drink.

CHARLES: “I know, son. When I get home I’ll have a drink, to sleep. Why are we sitting here. I have to go and tell Blanche … what are we waiting for?”

CALVIN (panicked): “I have to go home. I’m getting sick. I have to get out of here.”
[Charlie leaves the room]

(Seeing that the police were skeptical of their story, Charles and Calvin even insisted on polygraph tests to prove their honesty.)

Within days, Pascagoula was at the center of international news, with journalists swarming the city.

Tired of the commercials, Charles and Calvin moved to Jones County, Mississippi, about 150 miles north of Pascagoula, where Calvin was hospitalized for what was described as “an emotional breakdown.”

The men were questioned by police and military personnel after the incident, while Calvin avoided public attention, Charles appeared on Dick Cavett’s TV talk show in January 1974 and spoke at occasional UFO lectures.

He also co-wrote a book about the event with William Mendez titled “UFO Contact to Pascagoula”, which is now republished by Philip Mantle.

Charles died on September 9, 2011, at the age of 80, but has never backed down from his alien abduction story despite being ridiculed.

Philip Mantle, former director of investigations for the British UFO Research Association, said: “Unfortunately this close encounter has fallen by the wayside and has been largely forgotten by many UFO researchers.

Philip Mantle: “I’ve always had this case in mind and at the end of 2017 I contacted Calvin Parker and republished the book about this fascinating event. “I was also asked by a colleague who works in the film and television industry to consider a film based on the experiences of Charles Hickson and Calvin Parker.

“Regardless, there is no doubt that this is one of the most unique close encounters ever recorded.”

Philip also points out how the hard-to-believe story has been deemed real in recent years.

In 2001, retired Navy Chief Petty Officer Mike Cataldo revealed that he observed an unusual UFO – an object like a large tambourine with small flashing lights – at sunset on the same date in 1973.

The testimony of a certain Mr. Evan has arrived who claimed to have seen a UFO on his parents’ nearby farm about an hour before the “kidnapping” in Pascagoula.

The phenomenon of abductions would require hundreds of pages and hours of debate, in the case of Pascagoula although very traumatic we say that it was resolved in the best way, that is the return, but how many have returned is the point?

If I were many of you who yearn to be kidnapped I would think twice, just inquire well about the devastating experiences on an emotional level after the “return”, lost jobs, lives ruined forever, incurable depressions and even suicides.

What do you call them? Cosmic brothers?

Thank you all ! Cesare Valocchia 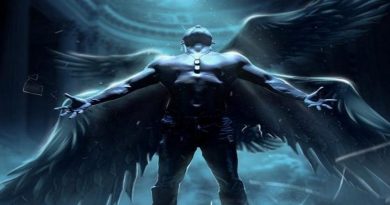