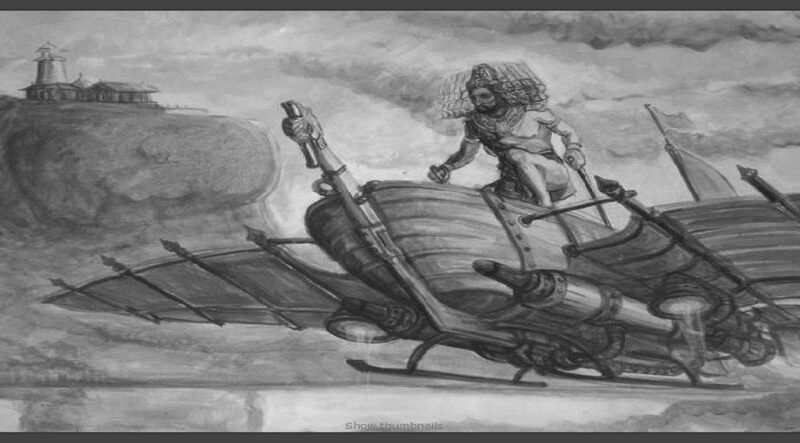 Where do we read that deities could die?

Most of you will have realized that the angels of the Bible were beings of flesh and blood, not ethereal as the tradition for thousands of years has led us all to believe.

Demons likewise were of flesh too. The division between good and bad among them is probably a mirror of the daily behavior of humanity, a different way of seeing things and the actions of each respective faction have led to a division and a morality between good and bad.

But let’s go back to these carnal beings.

The Talmud in Chag.B 16a here is how it describes them:

“Six things are said of the demons in three they are like the angels of service and in three like men: as the former have wings and fly from one end of the world to the other, they know the future, they know the mysteries but behind the veil as men eat, drink, bear fruit, multiply and die.

That they die the Bible clearly says in Psalm 82, in an assembly of the Elohim to these famous entities who would have created the founders of mankind, they are reminded that they will die:

God rises in the divine assembly in the midst of the gods.

“How long will you judge unjustly and support the part of the wicked? Defend the weak and the orphan against the poor and the poor, do justice.

Save the weak and the indigent, free them from the hand of the wicked “, they do not understand they do not want to understand, they advance in the darkness all foundations of the earth shake.

I said: “You are gods, you are all children of the most high and yet you will die like every man you will fall like all powerful ones.

The wings symbolized by tradition, in the description above, are to justify something that moves fast in the air.

Tertullian offers the description of him in Apologeticum XXII, 8

“In an instant they are everywhere. The whole world is in one place for them, it is as easy for them to know as it is to announce what is happening everywhere.

In the Sumerian era we also find some entities taking off, if in the Bible we speak of Elohim, the Sumerians tell of the Annunaki.

Here we are talking about a simply devastating attack for the annihilation of the city of UR not only by human armies but also by Annunaki intervention.

Anyone interested can read at this LINK the destruction of the city by the decision of the Anunna.

In the Lamentations of Ur the goddess Ningal flees, flies away from her Temple, the destruction has begun.

“In his places where the festivals of the earth took place, the people were mercilessly stretched out.

Her dead bodies of her, like the burnt fat, have melted away.

People with black heads wherever they laid their heads were carried .

Her Lady like a flying bird departed from her city;

Ningal like a flying bird departed from her city.

On all her possessions that had been accumulated in the earth a defilement of her was placed her hand. “

But in this text we witness the destruction of the city at the hands of human armies, instead in the myth we witness an attack by an Anunna, of excellence, Ninurta, in the magnificent Lugal-e.

Here our hero has just received the news that a certain Asag is trying, indeed succeeding, to appropriate his kingdom in his absence.

At this moment Ninurta is in Enlil’s house with all the other Anunnaki at a banquet, he has just received the news and furious decides to leave immediately.

Notice the behavior of others who disappear in a very short time as if they already knew that hell would break loose:

“The hero hit the thigh with his fists, the Gods scattered:

the Anunna, like a flock, fled to the horizon,

75 the lord, in rising, touched the sky.

As Ninurta prepares for battle, his (his) chest swells

[equal to one mile;

like a storm he raged, rode the eight winds (for

[to go) towards the rebellious land;

he gathers arrows with his arms,

the weapon-Mitum opened its jaws against the KUR:

80 the weapon devours the enemies all together.

Ninurta tied the bad wind and the south wind to his arch, and placed the Deluge weapon at their side:

before the hero the powerful and irresistible deluge was advancing; the dust (as it moves) rises, the dust subsides;

85 (the storm) flattens the heights, knocks down the reeds,

(the storm) cuts down gigantic trees to the roots, thins out i

the earth pressed her hands to her chest, cried out in pain;

the Tigris was shocked, moved, muddy and turbid!

90 (Ninurta) on the ship-Makarnunta’ea advanced to give war,

the people of him, not knowing where to go, begin to build

the local birds tried to soar, but their wings

[remained attached to the soil;

the storm also hit the fish to the very depths (of the abyss),

[and they began to gasp,

it struck the steppe cattle, roasted them until they were done

95 was precisely the flood that breaks, disastrously ruining the KUR. 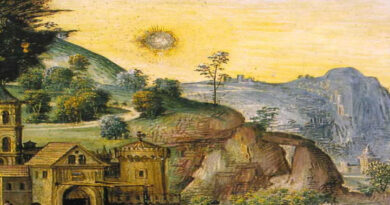 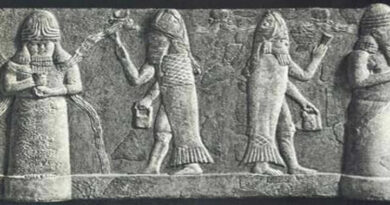 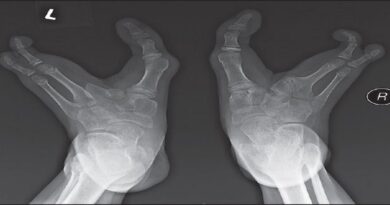