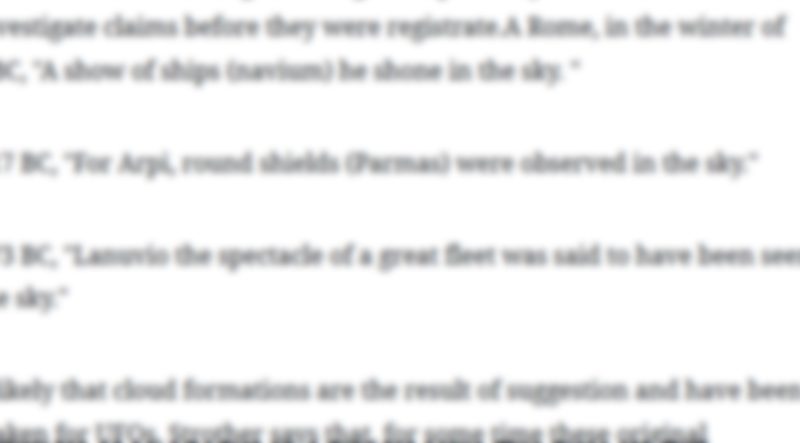 The universe is full of mysteries that challenge our current knowledge. “Beyond Science” Epoch Times collects stories of strange phenomena to stimulate the imagination and open to any possibility. Arew they real? Be you to decide.

The historian Josephus writes that in 65 AD a great sighting in Judea: “On the 21st of the month Artemisium, appeared a miraculous phenomenon, hard to believe. In fact, what I mean it would be difficult to believe, and it would be considered a fable, were it not for the stories of eyewitnesses and subsequent disasters that deserved to be segnalate. In effect before sunset in all parts of the country, were seen wagons air and armed battalions speeding through the clouds and go on cities. “

Josephus seems avers attended the same event, says Stothers, although its credibilità’va supported by appealing to eyewitness accounts. The description of what happened does not seem to be reflected by any natural phenomenon, writes Stothers.

“With no apparent change in time, but all of a sudden, the sky burst into pieces, and a huge body like a flame was seen to fall between the two armies,” he wrote. “In form, it was more similar to an amphora for wine (pithoi), and in color, as the molten silver. Both sides were amazed at the sight, and separated. This wonder, as they say, occurred in Phrygia, in a place called Otryae. “
Stothers stresses that meteorites have fallen just blacks, non-color “molten silver”, which suggests that it was not a meteorite. Even Plutarch does not mention the impact.

Stothers wrote: “The object must be measured much more than one meter in diameter, since it is easily demonstrated in distance greater than the half of a bow-shot. If he stayed on the ground, a meteorite of this size would undoubtedly have become an object of worship in Phrygia, with its long tradition of worship on meteors, but the Phrygian historical records of events on meteors do not mention it. “

Second Punica Annibale War through the Alps during the Second Punic War (218-202 BC). J.Cousen of engraving, published 1862. (Shutterstock)

Many sightings were recorded during and after the Second Punic War (218-201 BC) in the lists of Livio wonders. The lists were derived from the Annales Maximi, published by the Pontifex Maximus in Rome. Considering that this source is reliable and accurate, he explained Stothers, due to the procedure time consuming and insights required by the Roman authorities to investigate claims before they were registrate.A Rome, in the winter of 218 BC, “A show of ships (navium) he shone in the sky. “

In 173 BC, “Lanuvio the spectacle of a great fleet was said to have been seen in the sky.”

It is likely that cloud formations are the result of suggestion and have been mistaken for UFOs, Strother says that, for some time these original formations were known and familiar. These sightings are not likely to be interpreted as just fake, because only fake are normally described as “double-only” or “triple alone.”

In 196 AD, the historian Cassius Dio wrote: “A fine rain reminiscent of silver fell from a clear sky above the Forum of Augustus. I do not know if it’s true, I saw her as he was falling, and I noticed that after he had fallen, this has held some silver plated bronze coins with such .These essentially maintained the same appearance for three days, but for the fourth day all the substance rubbed on them had disappeared. “

The brother of Pope Pius I was probably the only witness to this UFO sighting near Via Campana, Italy, around 150 AD: “On a sunny day, a ‘beast’ like a piece of pottery (Ceramos) of about 100 meters in size, was multi-colored on top and pulled out fiery rays, landed in a cloud of dust accompanied by a ‘girl’ dressed in white. “

Stothers concluded “This collection of what could be called ancient UFO reports was supported by a much larger number of reports of aerial objects, most of it whose identifications with those notoriously concerning these phenomena are least likely Nestled in .. mass of relatively ancient relationships explainable, however, is a small set of unexplained relationships (or at least not fully explained) presumably come from credible witnesses. “ 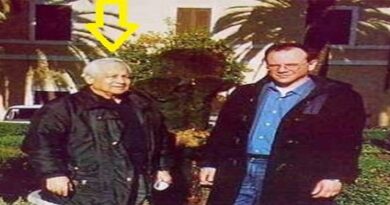