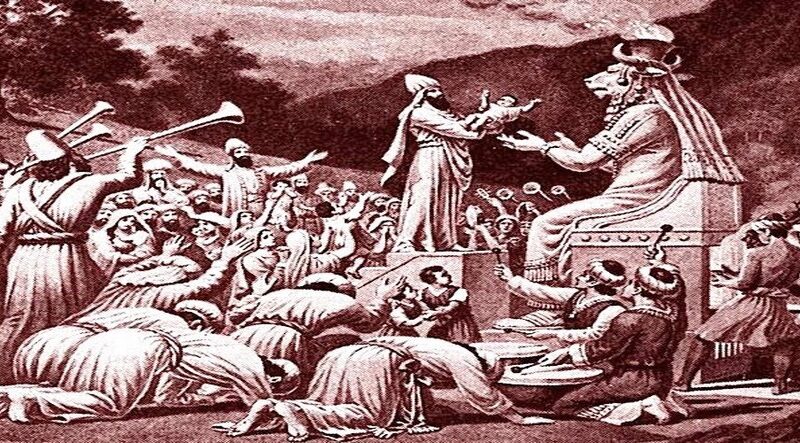 Moloc the Demon: An evil alien

Now I ask you two questions that will not seem related to each other.

You know the smell of burnt meat, don’t you? Who are Molok, Kemosh, Milkom, and Baal do you know?

Have you ever read them in the Bible?

Moloc for the uninitiated, was an Elohim, a “colleague” of god, yes the god of Christians, the god of the Bible that we all have at home. Yahweh in a nutshell.

What did they all have in common starting with our God? They wanted sacrificial victims, Yawhew specifically was very, very demanding.

In chapter 3 of Leviticus, he specifies: “of the communion sacrifice offer to the Lord the fat that surrounds the bowels and that which is on it, the two kidneys with their fat, the fat that is on the loins and the lobe of the liver that you will detach from the kidneys ”.

The sons of Aaron are asked to burn all this on the altar placed above the burnt offering where wood and fire lay. The scent of burnt flesh says the Bible is pleasing to the Lord, this scent was also very pleasing to all the other Elohim present on planet earth.

The term to indicate that this smoke was appreciated in Hebrew means calming and relaxing all this we can read in Numbers 28, we understand that God after smelling a smell so sweet for him, calms down.

Science today tells us that the molecules released are similar on a chemical level to the endorphins that our body produces to fight stress, this aroma seems to be the same one that is released during the holocaust of game.

In the Sumerian tale of the flood, Utnapishtim burns animals to curry favor with the deities, the tale says that they came “attracted to the scent like flies on embers.”

The same theme is also common to the Greek gods, in the Homeric poems we find the same wealth of details as also in the stories of the ancient Romans.

In the Celtic tales it is highlighted the fact that such grills were just demanded by the divinities starting from infants, the privileged ones in order of sacrifice.

Let us read Leviticus to understand Yaweh’s arrangements for the Israelites, for example, regarding children.

20: 2 “You shall say to the Israelites:“ Whoever among the Israelites or among the strangers dwelling in Israel gives any of his sons to Molok, he must be put to death; the people of the earth will stone him.

20: 3 I too will turn my face against that man and cut him off from his people, because he gave one of his sons to Molok, with the intention of making my sanctuary unclean and profaning my holy name.

20: 4 If the people of the earth close their eyes when a man gives one of his sons to Molok and does not put him to death,

20: 5 I will turn my face against that man and against his family and will eliminate him from his people with those who engage in idolatry like him, prostituting themselves to worship Molok

And Kamosh? Kamosh was another Elohim, but he was concerned with the fate of the Moabites; another of the Elohim who fought among themselves to win pieces of land in which to settle with the peoples who had been assigned to him.

In Judges 11, Jephthah, the commander of the Israelite forces, is fighting against Ammonites, Moabites… and in the controversy with the king of Ammon he says (verse 24): “Do you not possess what Kamosh, your Elohim, has made you possess? So we too possess everything that Yahweh, our Elohim, has given us to possess ”.

We deduce that Yahweh and Kamosh are evidently equal, have the same rights and the same powers, neither is considered superior to the other. 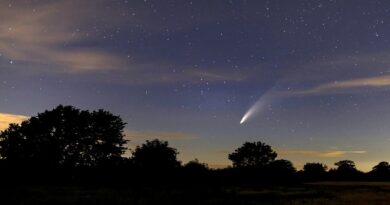 Was the comet a UFO? Jesus an extraterrestrial. This document will make you think