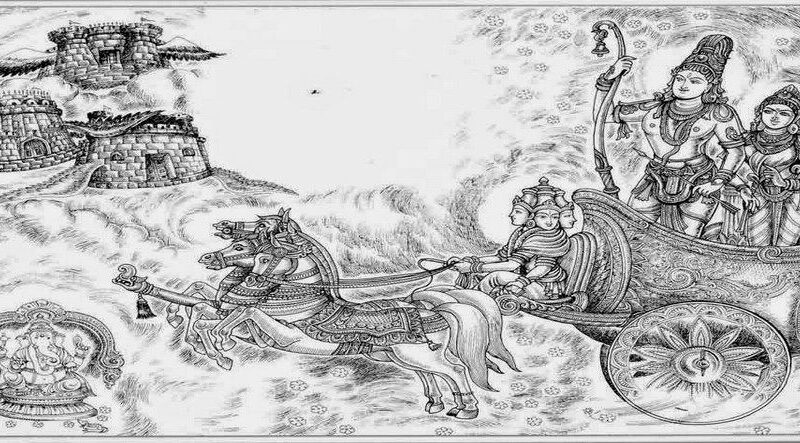 Today we will talk about a civilization prior to the Sumerian one whose stories come to us from Indian texts written in Sanskrit more than 12,000 years ago. The Vedic or Brahmin civilization developed in the area between India and Pakistan.

But why are we talking about this culture? Because ancient texts tell of dozens of flying objects of different shapes and sizes that plowed the skies thousands and thousands of years ago. They were called Vimana with “VI” meaning bird or something that flies and “Mana” something inhabited generally inhabited.

We will see how what were believed to be myths could be real tales. Let’s start by saying that for thousands of years the knowledge called Sruti has been handed down orally and only thanks to the foresight of its keepers has our days come. Then the need arose to put this knowledge in writing.

The mysterious wisdom about UFOs in ancient texts

The main texts embodying all wisdom are the Rig Veda dated 4000 BC but there are many other texts such as the Mahabharata, the Samarangana Suthradara, the Ramayana which tells of a lost technology of flying chariots belonging to the gods, of epic star battles, of the type of weapons with which such flying chariots were equipped, of the type of propulsion of these aircraft, to be distinguished from those piloted by humans and those piloted by non-humans! of space routes,

The Vimanika Shastra is a text that was dictated and transcribed from 1918 by the mystic Pandit Subbaraya Shastri whose literal meaning is “Science of” aeronautics.

Originally written in 1400 BC by the master Maharashi Baradvagia it is said to have come by channeling which is a mental technique of transmission to the aforementioned Subbaraya Shastri. What emerges in these stories are minute details in the description of the weapons defined as Astra, obviously there is the description of arrows, bows and spears but they are also defined as energy weapons called Tejas capable of wiping out thousands of people instantly. The Yantras, on the other hand, were the machines.

What is striking is the description of different types of Vimana, there were objects that could only travel in the earth’s atmosphere, others in the solar system between planets, and others outside the solar system, some underwater, some used to carry goods and people, some just gods.

Tripura Vimana was for example a city in geostationary orbit. But who were these deities? Braman was the supreme god creator of creation from which hundreds of minor gods or its manifestations such as Indra, Vishnu, Varuna, Kuvera, the Sanskrit texts tell of wars between families of gods the use of bullets with the energy of the sun, there is the description of what remained after the explosion of these weapons, skin and hair that came off, melting of the epidermis, all this would suggest the after-effects of exposure to very strong radioactivity.

To go into more and more details, the construction metals of vimana capable of withstanding very high temperatures are listed, modern technology has identified three, in reality they would be 16 from which a whole series of other alloys would derive. the main ones are called Somaka, Soundlika and Mortwika, the others are still linked to translations from Sanskrit. A last curiosity about a text The Padna Purana, here we tell of how creation is distributed composed of 8,400,000 forms of life distributed as follows: 2 million trees and plants, 1 million volatile, 1,100,000 insects and reptiles and keep 400,000 humanoid races strong!

I would say that we are not alone. 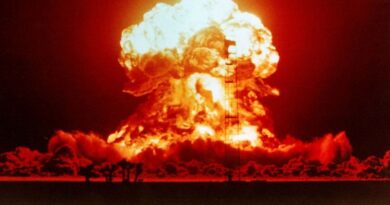 Nuclear bombs in India by Vimana and aliens? 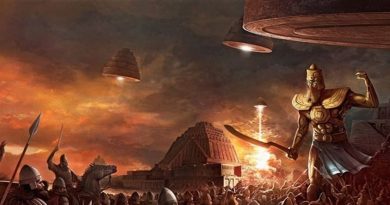