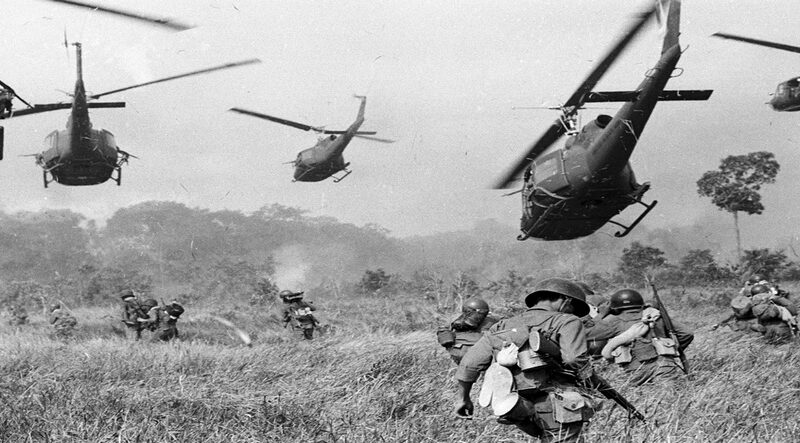 During the Vietnam War there were many sightings of unidentified flying objects, the last recorded in June 1966 at a US military base in Nah Trang.

Nicap was a reputable non-profit organization in the United States that no longer exists, investigated the UFO phenomenon for a long time. This organization came across this information.

The Nha Trang base had an important strategic position for the United States with 40 thousand soldiers including 2000 American soldiers, unlike the other encounters with only 1 or 2 witnesses the appearance of UFOs here was witnessed by a few thousand people with the own eyes.

A ufo in the night

One night the American soldiers were watching an outdoor movie screening on a nearby hill, several bulldozers were at work, two planes were preparing for a mission, suddenly the military around 21:45 saw that the north corner of the base had suddenly lit up. At first the soldiers thought they were rockets fired for security checks as it happened every night, so it was normal.

He flew at an altitude of about 7600 meters (25000 feet) suddenly the light stopped and swooped down hovering 90-150 meters (300-500 feet) above the ground, at which point all the generators, communication systems , the aircraft and vehicles in operation have shut down, the entire base has lost its 600kw in operation 24 hours a day, the night was black as pitch.

The flying object rocked a bit then climbed vertically into the sky and disappeared at the speed of light in the night sky.

Eventually everything returned to normal but no one could figure out what had happened.

Coinciding with the UFO sightings of Nah Trang in Vietnam in 1966 there were two consecutive two-hour power outages that paralyzed the States of Nebraska and Missouri, in July 1966, 2 million people in Rome in Italy had no electricity for one hour.

According to some sources, after receiving reports of this strange event, the US Department of Defense sent a number of officials to Vietnam to investigate, but did not publish the results, commented on the incident.

But the first documented UFO appearance in Vietnam in the recent past occurred during the French colonial period.

According to a report by a French artillery officer named Delauney, the incident occurred on October 23, Dinh Hoi (1887) in the village of Thanc Duc in the canton of Triem Hoa in the old province of Tay Ninh.

That day it was very hot and it hadn’t rained for a long time, there were many people sitting in a village courtyard suddenly where they saw a large bright object with a long tail of fire coming, which landed in a field near the village.

A few moments later there was a huge explosion, then the object rose and disappeared into the sky.

This incident caused a stir in the local public opinion, people thought it was a fire dragon descended from the sky, not knowing if it was a good omen or bad omen a witness family set up a table to worship him. French authorities, sent the artillery captain Delauney to the scene to investigate.

This man arrived in the village of Thanc Duc on November 3, when he went to the field where the strange object had landed he found a deep depression in the ground of the camp, 6 meters wide, 32 meters long and 2 meters deep.

Delauney made a report to his superiors on what he had heard and seen. This incident was widespread in localities until the 1970s, the elders of the city of Triem Hoa often told their children and grandchildren the story of the descended “fire dragon” they had heard from their father.

In the 19th century, scientific knowledge was limited and communication was difficult, so the public and the scientific community knew next to nothing about UFOs.

Some ancient Vietnamese books and writings describe the appearance of strange objects in the sky, claiming that they are mysterious atmospheric phenomena perhaps due to the power of some supernatural being.

A young soldier’s tale has come from the Vietnam War, although we have never been a fan of UFOs, he has had many experiences made you believe that UFOs are real.

During a military operation in Vietnam, Pete Mazzola said he saw many strange objects flying in the night sky, he also had a direct experience with UFOs.

During a battle the platoon was surrounded by Vietnamese guerrillas, his group tried to get out of the jungle, it was already night and the platoon wandered to find a way back when he saw many strange luminous objects flying over the rice fields.

As an observer of the Mazzola platoon he had to communicate the coordinates of the object’s position to US military ships.

Mazzola heard artillery shells coming from the South, i.e. from the position of the American warships, then the objects were also bombed from the other direction, i.e. from the North where the North Vietnamese army was located, but the shells failed to reach the target, in fact they all exploded in flight, Mazzola’s platoon mates saw the bullets explode before reaching the target.

Mazzola assumed that the objects did something to detonate the bullets prematurely. The flying objects continued to move as if nothing had happened, in less than 5 minutes they rose vertically and disappeared.

This experience greatly influenced Mazzola who after the war founded an organization called Scientific Bureau of Investigation, (SBI), according to the New York Times, has dedicated his life to researching UFO encounters and other paranormal events.

I conclude with another more recent event.

An American soldier was sitting on a truck in Chu Lai when he saw a strange object floating in the sky, with your Yashica Electro-35 camera in his hand the soldier took the picture of this strange object that I propose to you.

This is the only photo of a UFO during the Vietnam War, it was taken in 1967. 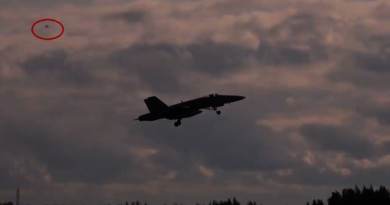 One thought on “Did you know about the appearance of UFOs during the Vietnam War? No? It’s time for you to know”